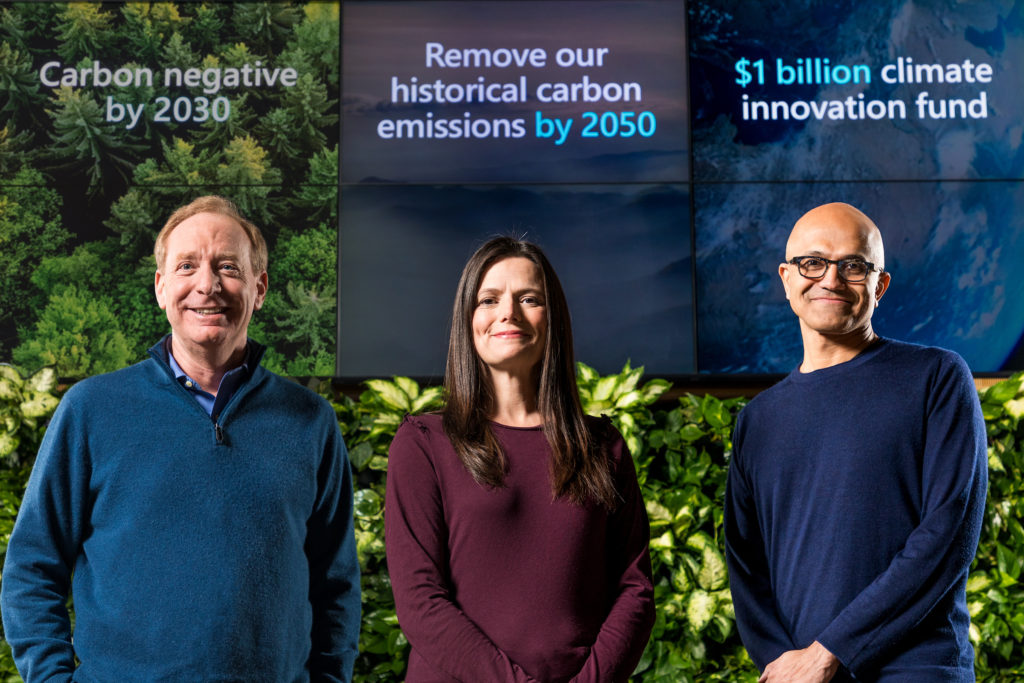 Microsoft to lead corporate efforts to become carbon neutral by its new commitment to boost its sustainability efforts.

Microsoft executives announced plans for the company to become carbon negative by 2030, and then by 2050 to remove all the carbon from the environment that Microsoft has emitted directly or through electrical consumption since it was founded in 1975.

“The scientific consensus is clear, the world today is confronted with an urgent carbon crisis. Today we are making the commitment that by 2030, Microsoft will be carbon negative. Not just across our direct emissions but across our supply chain. We must take responsibility to address the carbon footprint of our own technology and company, but we will also go beyond that. By 2050, we will remove from the environment all of the carbon we have emitted directly or by electrical consumptions since our company’s founding in 1975.”

They further explained that, because carbon persists for so long, Microsoft is doing the equivalent of going back in time to remove historical emissions. He added that the company has been working for months on a detailed plan to achieve the new carbon negative goals.

Here are the seven principles that the company’s leadership says will be vital for becoming carbon negative: